Here is my little guide on how to  get Streets of Rage Remake or ”SoRR” to work on your Xbox!

About SoRR and the Xbox version:
SoRR was released in 2011 by Bomber Games for the Pc. This amazing remake combined all the Streets or Rage games into one game adding hundreds of new features and upgraded graphics. SoRR has alternative routs with a total of 103 stages and 19 playable characters that you can unlock while playing the game.

When the final version of SoRR was released it did not take long before SEGA contacted Bomber Games and asked them to remove the game from there servers. Eight years of work for Bomber Games to make this amazing remake, just one week for SEGA to stop it. But thankfully its still possible to get if you look around on the net.

SoRR was only released for the Pc but was later ported to the Xbox by A600. And this is perfect because its so much simpler to play it from your Xbox. Great gamepad support and 720 resolution!

I must remind you, if you really want to play Streets of Rage Remake the easiet and most stable way to do it is on a Pc with Windows! I only wrote this guide for those who want to play it on an Xbox.

Oh and the music is really amazing, here is my favorite track fromt the Streets of Rage Remake ost:

The Guide:
And im now going to walk you through how to play this on your Xbox.

This is what you need:
A modded Xbox
An Ftp client
Streets of Rage Remake Final 5
xSorRv5

When you have connected to the Xbox you need to browse your way to where the games are placed. For me its F:Games (it might not be the same folder on all Xbox versions, so you need to find it yourself) and just create a folder called SoRR like this: F:GamesSoRR

Now you need to download the files that you want to copy.

First you need the Xbox SoRR files that where created to make the actual game work on an Xbox. The original file is called xSORRv5.zip but a critical bug was detected in this version that crashed the game after beating a boss, and this was fixed in an update. So its better for you to search for the updated version called xSorRv5_Update1.rar on google

When you have the files just copy them to the new folder you have created.

So the folder that is now located on your Xbox should look like this:

That’s it! Now the game should work! But there might be some small problems. I had some issues with the screen resolution. The size of the screen was to big and I couldn’t see the edges of the game. Thankfully its possible to change this in the file called xbox.cfg in the SoRR folder. As default x and ypos and x and ystrech are set to 0 but I had to change these. Im using a  Hd tv and I have my Xbox connected with a Component cable. These are the settings I changed in the xbox.cfg file:

Unlock everything!
SoRR  also has many cool stuff bonus stuff to unlock in the game! When playing the game you earn points that you later can spend in the shop section to unlock new characters, cheats, modes and more!
I already had a savefile on the Pc version that I had been playing. So I simply transffered this savefile to my Xbox version of SoRR, but that totally messed up the gamepad mapping for the Xbox version. And as the mapping is really strange in the Xbox Port it took me quite a while to fix this, but now its done and works great! So if you want to play the game with everything unlocked here is the savefile: https://app.box.com/file/661241038795
the file needs to be copied to the savegame folder. But remember to make a backup of the savegame.sor file that already is there, just rename it or something. 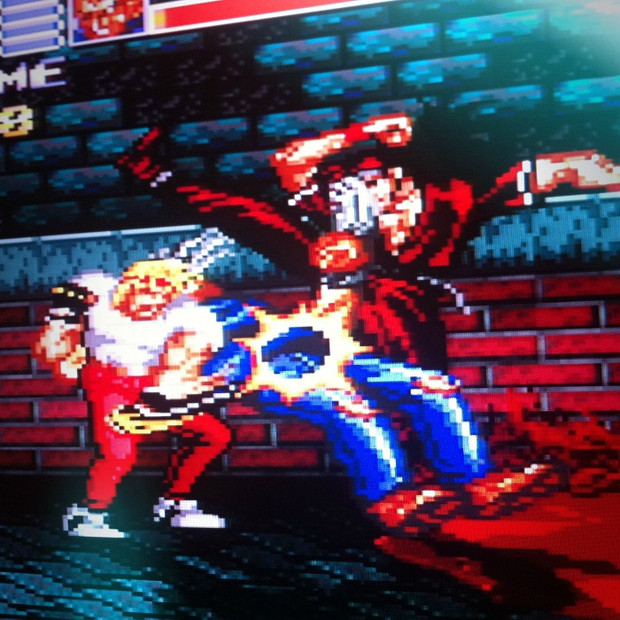 9 thoughts on “Streets of Rage Remake on the Xbox”